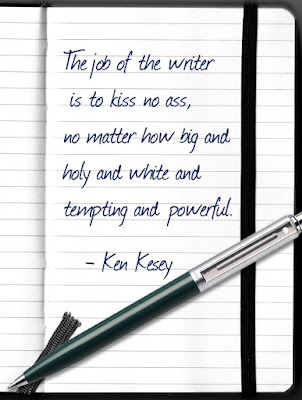 too many indulgers out there... 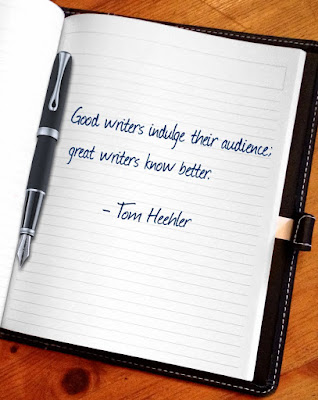 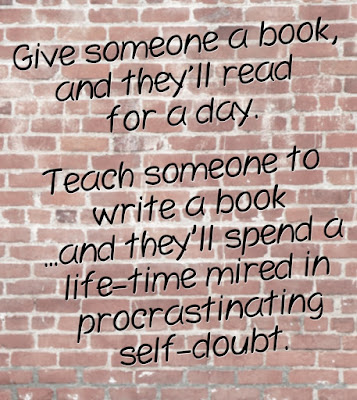 Published 2012 by Farrar, Straus and Giroux

Finally!  In my recent reading history, actual entertainment and fun have been hard to find.  Several have been well-written and hardly "duds", but neither have they left me with the "maybe recommend it to someone else" sparkle in my eye.

I believe I can rank this book in that happy category. 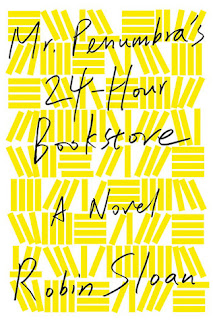 The writing skips along in merry measure.  The setting of the strange old book store with its impenetrable mystery grips the imagination.  The hero is lively and personable as he peels back layer after layer to scratch his curiosity.  The writing skill is more than adequate to the task.

The essence of the plot is young, and desperate for employment, Clay Jannon landing a job at Mr. Penumbra's 24-Hour Bookstore.  A man of the internet and ultra web savvy, this musty bookstore bewilders him.  Open 24 hours?  The number of customers that come thru the door he can count on one hand.  A most peculiar secret society seems to be a work...but to what end?

With a network of exceptional and eccentric friends, Clay attempts to pierce the secret of the bookstore, and once he crosses that barrier, to face the challenge on the other side.

There's a magical quality to the narrative without any magic actually coming into play.  The mystery is big and grand.  As I say, every single person that Clay actually meets is chock full o' skills and inner depths.  Without ever breaking the rules of our mundane reality, it still edges up so its toes are smack on the border of fantasy.

It's an easily digestible and tasty read that keeps the pages turning.

I have no face!

"This approach––minimalism––seems to be the preferred style these days."

This prefaced a blog article on Describing Your Hero (and other Characters). 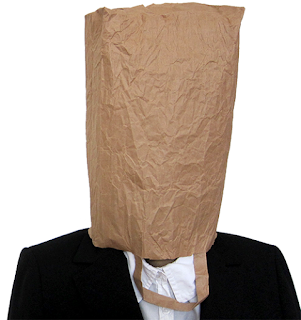 To my bleating scorn a trend is coming around again where writers refrain from describing their Hero so the reader can fill in the blanks themselves.

It’s hardly a new philosophy.  I recall years ago reading archived “Letters to the Editor” (ie: pre-internet ranting venue) from a century ago.  The letter-writer was quite passionate about his intense dislike for the new trend in illustrating books.  These pieces of art through a novel totally ruined his experience.  It forced him to see characters that contradicted the pictures formed in his own imagination.  He felt this would make children lazy and dull as their little imaginations became flabby.

I don’t think a character needs to be described down to the colour of his shoelaces (unless shoelaces are important).  However, I do need to know with whom I’m dealing.  Some well-wrought broad strokes for an impression is fine.

But to NOT describe the hero?  I labour mightily for choice words to paint the setting and capture the moment.  A writer’s job is to make the environment come alive for the reader…but I’m supposed to leave the hero a blank zero?  What drivel.  My first reaction is to compare it to watching a movie where the lead actors wear loose onesie pyjamas and a sack over their head.  Just so their actual faces don’t spoil the viewer’s experience.

Really, not describing the hero is merely fobbing the heavy lifting off to the reader.  The reader might be trying to fill in his/her own dream character, but the author will keep supplying business to derail that.  Gradually, the character as seen by the author will be inferred by actions and reactions.  Why make the reader do this connect-the-dots mystery drawing?

As I said, though, it’s not a new idea but I fear this modern age of internet communication, where dufus fads spread like mnemonic wildfire.  I can cynically imagine hordes of lazy, semi-amateur, partially-skilled writers snapping up this idea just to avoid the effort (because writing is hard).  Spin a cloak of pseudo-intellectual literary doublespeak around the concept and they’re smiling. 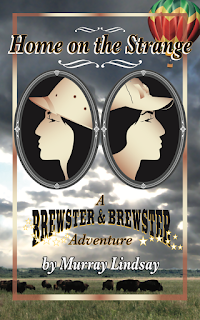 and, as I try to convince people again and again,
the ePub edition is available directly from me.

Especially when you pop a vein in your eye... 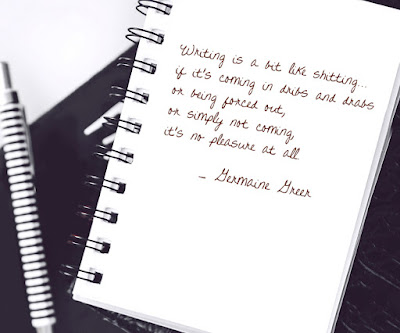 "The Swords Trilogy" by Michael Moorcock

I haven’t had much luck with new(ish) books lately.  So, I went downstairs to my library to find something to re-read.  I can’t say why “The Sword Trilogy” caught my whim, but it did.  I first read it as a dewy-eyed teen in high school, many years ago.  I know I haven’t read the whole thing thru since then, but I’ve definitely sampled excerpts. 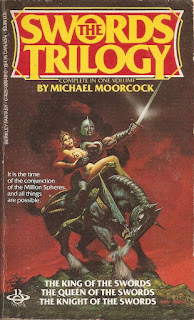 Well…it didn’t hold up.  Mr. Moorcock’s heroic high fantasy work always fell short for me, even in the once upon a time, because of one phrase: “the Eternal Champion”.  Is there any Moorcock book where Elric doesn’t make at least a cameo walk-on?  The Eternal Champion muck intrudes into the Prince Corum/Swords Saga much more than I recalled, and that is not a fact to make me smile.  I use the word “intrudes” quite purposefully.  In 2016, several superhero movie franchises are chastised in reviews for devoting too much time shilling for next summer’s blockbusters and not staying on the plot.  Moorcock does much the same thing, essentially flogging all his books in each novel.

As a teen, I found the Elric-Champion intrusion annoying, but revelled in the high fantasy environment and descriptions.  In the modern day, perhaps I’ve become too experienced, even jaded.  The settings are no longer as sublime nor macabre.  Moorcock has written some fascinating passages of strange realms, but they feel like padding.  Filler.  Endless, mostly pointless stage sets for Corum & Co. to wander thru before finally getting to a piece of plot/action.

After reading the trilogy, I went researching Mr. Moorcock.  I found an eyebrow-raiser of a factoid.  He claims, especially in his youth around the late 60’s or early 70’s, that he could pound out 15,000 words a day on his typewriter!  That’s an insane output.  Nobody can write quality work at that pace.  It also explains the shallowness of the Sword Trilogy.  With my modern vantage point atop years of experience, I can well see how 15,000 words can be achieved when 25% of those words are repetitive runs on the Eternal Champion stuff.  No real workout for the creative mind there.  It also serves to explain the aforementioned meandering across alien landscapes that have little impact on the plot.  Bizarre, wild and provocative word paintings they might be, but pretty much serving only to pad out that page count.

This blazing word production also serves to offer a reason why some names for places and characters are unpronounceable collection of letters, as if he just hit the keys with his forehead.  Conversely, it also explains why some names are simplistic in the extreme.  “We travel to the west where we shall find the City of the Western Reaches”.

A final criticism would be the hero.  Prince Corum of the Scarlet Robe is quite the sad sack.  He becomes quite angry at how he is manipulated by the Gods of the Fifteen Planes.  This is a form of “lampshading”, because he truly wanders thru the tale doing their bidding, reacting and rarely acting.  Corum never comes up with a bold deed or a cunning plan.  None of the main characters do, except maybe for Whiskers the flying cat.

Perhaps I should have a look for what Mr. Moorcock has written in the more mature years of his career.  If he has hopefully stopped trying to break speed typing records and let that amazing imagination create a proper story, those books might really be worth reading. 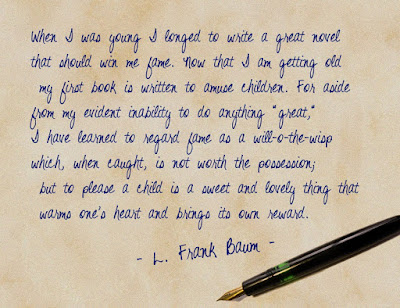 Sentiments generally in this price range are my writing foundation.  I write for fun, and hope it entertains.  Let "greatness" and "fame" catch up if they want.