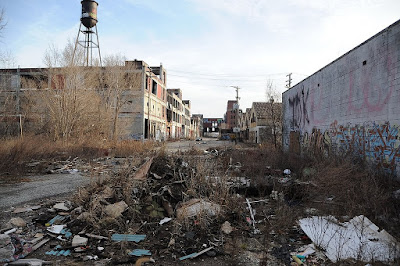 A question that came up elsewhere:

Why do folks love to read books about post-apocalypses and dystopias?

Dystopias?  I haven't a fargin' clue.  Like a variety of similar dark diversions, I can only guess it's because the real world looks so much better when they surface from the book?  It feels so good when I stop hitting myself with a hammer?

Post-apocalyptic (as in the photo above), has been a popular sub-genre for decades, since the beginning of the Cold War.  I think it's because everyone has experienced a visceral scream of a moment where we wish all the clods, chuckleheads, line-cutters, bullies, mindless celebrities and politicians would just go away.  LEAVE ME ALONE!

When you're a kid, especially, the idea of demanding teachers, authoritarian parents, halfwit classmates, and all the pressures of a young life disappearing in a nuclear fire ball is a deeply satisfying image.

The curious aspect is that very few, if any, authors concoct stories where everyone vanishing is a good thing in any way.  I surmise the raw emotional fantasy is satisfied within a few pages of learning how the stinky old world ended.  That out of our system, we then settle in with a more mature attitude of seeing what happens next.

The "Robinson Crusoe" problem-solving aspect has great appeal as well.  To have any successful post-apocalyptic story, the author has to supply the survivor-hero with many moments of ingenuity in their new life.

But, as we read a post-apocalyptic story, I think half our brain is ignoring the hero altogether.  We're absorbing the setting the author provides and charting our own strategies.  The hero manages to get a truck started.  Nay, nay we say.  Stick with bikes for the maneuverability....  A post-apocalyptic novel is almost a rule-less, informal "Pick Your Own Adventure" book.  "What would I do next?"

Where is the line between "dystopian" and "post-apocalyptic"?  Many (not all by any means) dystopian cultures are born of an apocalypse.  Are they not then one and the same?

I'm thinking the difference comes down to population.  Post-apocalyptic is one survivor up to, well that's hard to say.  Essentially few enough people where we can know them all.  Where they all interact with each other on a daily basis to exist.  When the group gets large enough that we can't follow what everyone does, nor can the main hero, that's now a society.  And trying to cobble new rules and laws for a large group means we've crossed to "dystopian".  (Well, maybe their new society is better than ours, making it a utopian novel.)

As a kid (and maybe not so young for it to be an excuse), I remember many a post-apocalyptic novel that lost me when "the elections started".  How are we divvying up the scavenge?  Who's going to farm and how do we punish those who aren't pulling their weight?  That stuff could be fascinating, depending the skill of the author, but I began to read with a more academic interest than real excitement.

Back to the business of the day, because this world still exists!

How does it end? 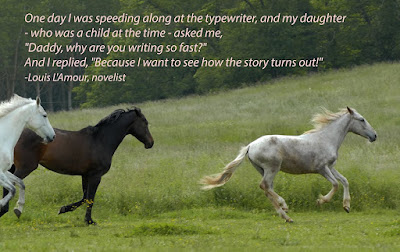 I never thought to try this... 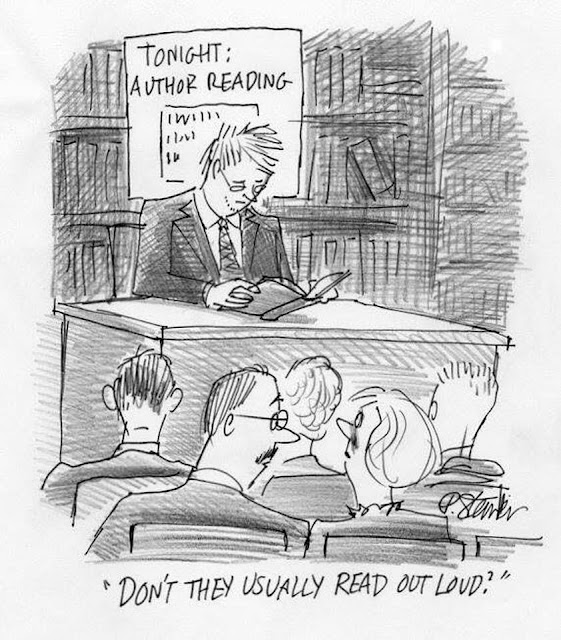 Double-space after a period

Double-spacing is all that keeps the dark elder gods from entering our plane of existence. 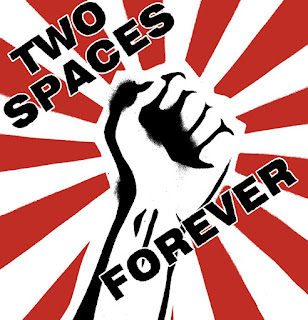 “Could you give me some feedback?  Any comments are welcome.”

A piece of writing is given to you for your thoughts.  A one-on-one favour, some online writing circle or an in-person writing group - the source is mostly irrelevant.  You’re being asked to assess and critique a person’s baby.  And, “baby” is a particularly apt comparison.  Like any new mother and tot, the writer is equally protective and defensive while the words on paper are equally precious and valued.

(Veteran writers, or any creative artist, try to work up a “thick skin”.  It’s impossible.  One never develops armour.  One develops layers of scar tissue that can still shriek with agony when prodded too hard.)

Therefore, any critique has to be done with careful diplomacy.  No harsh or rude language is allowed (“What crap!” “You’re fronting for a baboon trying to be writer, aren’t you?”).  Definitive statements are rarely allowed (except by editors when money is involved).  No, “change this” or “remove this character” but rather everything is couched in opinion and suggestion:  “I wonder if changing this part might sharpen the scene up?” or “I don’t know if this character is really plausible.”

Diplomacy and politeness are the code.  Any real-world writers group will soon teach a guy these standards, if only by the golden rule.  Be blunt and scathing all you want, but only if you can take it on the chin coming back at you.  Usually, though, any uncivilized bugger will be shown the door by democratic vote.

Okay, armed with these concepts, and at least moderately skilled by using them regularly, what do you do with that dewey-wet new manuscript when it stinks?  I don’t mean a “soiled diaper” stink, but “who fed this baby rancid chili?” stink.

Fortunately, my in-person writing groups have quality talent.  Some are stronger with a turn of phrase than others, but everyone all the basics well in control.  No, it was this morning while visiting an online writing circle where one eager chap offered a few pages for the world to judge.  I started reading, diplomacy and writing skill standing at the ready.

Two paragraphs in, diplomacy is reeling and writing skill’s jaw is hanging open in disbelief.

A full page in sees diplomacy throw up his arms in defeat and leaves for a quiet nap.  Without diplomacy monitoring the procedure, writing skill is now alternating between guffaws of ridicule and sobs of despair for human literacy.

What does a guy say, faced with such a chemical weapons attack of a submission?  There was no part to praise.  There was no faint spark to fan with encouragement.  My personal integrity won’t allow me to say any mealy-mouthed platitudes of “It’s…different.”  The only possible action is to retreat and regroup, preparing cautious statements “There are lot of spelling typos.” and maybe “For a rough first draft, it has some potential.”

I’m not being rhetorical.  I’m asking y’all:  what do you say in such a situation?