The Fizzle of the Iron Fist

My thoughts on Netflix’s Marvel’s Iron Fist can be captured in two key elements. 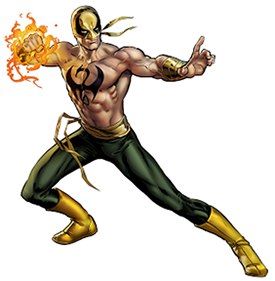 These two images of the hero.  I will grant that no real human can match the doodling imagination of a talented artist.  That’s a given.  However, Netflix didn’t even try.  That’s not Iron Fist.  That’s “Mid-level Management Fist”.  That’s “Captain Cubicle Drone”.  That’s “Law Intern Lad” on his lunch break.

I know Netflix has a strange phobia about costumes in their superhero productions, but come on.  Once or twice in the series the actor wore a black muscle-shirt sort of thing.  Still fully normal gym wear, but possessing more…authority than a rumpled suit and tie. 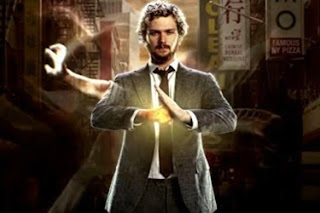 Speaking of gym wear, the opening credits featured an acceptable animation of a figure doing kung fu spins and moves.  Acceptable except this animated figure wore workout sweats!  They can’t even imbue a cartoon with some fire.

My point is, this bland image of “Iron Fist” standing there like a schlub sums up the series all too well.  I have to admit, it is straight up truth in advertising.  A more dynamic visual would have given false impressions.  I should have paid attention that the product is just what appears on the label.

The second element is more subtle.  In the comic book origins of Iron Fist, Danny Rand goes from orphaned kid to master of the martial arts, possessing the power of Shou Lao the Undying Dragon, in ten years.  The Netflix Danny Rand requires fifteen years to attain the same level of mastery.  One charges and goes hellbent for leather.  The other meanders and moseys.

All the Netflix superhero series suffer from ten episodes worth of plot stretched to fill thirteen.  This formula really hurts the lethargic Iron Fist.  The formula took the other series from “edge of my seat” to sitting back with impatience.  In Iron Fist, it went from sitting back to “trying to stay awake”.

But, I’m still keen to see The Defenders (apparently done in eight episodes!)

We pause for a commercial announcement... 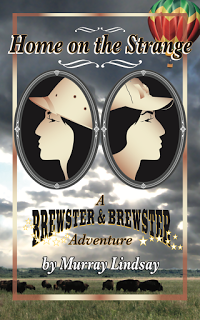 and, as I try to repeatedly to convince people,
this marvellous ePub edition is available
directly from me. 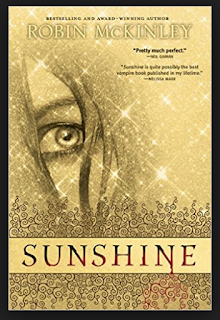 I have to give “Sunshine” a seemingly wishy-washy 3 starts out of 5.  The good stuff is marvellous.  The good is then tarnished by wholly correctable muck.  The good parts show McKinley to most definitely possess the writing skills, which makes the thick, clumsy parts all the more irritating.  My mind clenches in trying to work the puzzle.  Does she have a harsh allergy to rewriting?  Are her beta readers nothing but bootlickers, providing no useful suggestions?

The heroine shines and sparkles like the title suggests.  The menacing horror crackles and hisses.  The alternate reality is engaging and intriguing.  It’s all good, edge-of-the-seat stuff.

Except when it’s not.  It’s such a writing ping pong game of “great vs thick”.

When McKinley describes a vampire or a bucolic lake or a bakery, she’s fantastic.  Apparently, though, describing humans and workaday things is boring (or something).  We are only given the sketchiest hint of what the hero Sunshine looks like at the literal halfway point of the novel!  Describing the hero is difficult when the book is written in first person point of view, but that doesn’t mean the author is excused from the task.  Putting that aside, it doesn’t explain the lack of description for the supporting cast.  It’s a world populated by stick people wearing name tags.

She never lumbers us with explanations about this world where humans compete with the Other (supernatural entities).  She slips tantalizing bits of slang and expletive into dialogue that let the reader know this is not our Earth, but an Earth with an alternate history.  Excellent and succinct!  Well done!

But that praise is cut short by myriad info dumps, often provided in the worst places.  Tension-filled moments are buried like they were hit by an avalanche of soggy futons.  The hero Sunshine will go off on a rambling inner monologue for paragraph after paragraph to clue the reader in.  (for example, in the middle of a not-quite police interrogation, one of their comments sends her off on mental alarm mode, with an explanation for the alarm and the cultural historical examples of people who suffered from this condition…and by the time Sunshine stops and we leave her mental babbling, I’m surprised she doesn’t have to wake the cops up in order to continue the conversation.  I’d certainly lost track of where the hell we were.)

Avoiding the dreaded info dump is perhaps the biggest challenge for a writer of SF&F, but you gotta try.  Again, it’s obvious McKinley has the chops to do avoid long-winded upchucks, so I can only assume she couldn’t be bothered to try.

There are a sprinkling of thumb tacks that annoyed me.  How often must I be told Sunshine bakes the best cinnamon rolls in the world?  I think I got the idea after the first dozen times in the narrative.  (the book is so stuffed with cutesy bakery references, McKInley must have written the book in her favourite coffee shop-bakery.) It’s amusing that the cops refer to their humourless, strict boss as the “goddess of pain”, but when Sunshine finally meets this person face to face, it’s time for an actual name.

Equally, there are brilliant moments.  These are harder to describe without spoiling plot moments.  In a major crisis, Sunshine receives a bit of support and aid for her struggle.  The source of the support and aid had been neatly foreshadowed thru the book.  No further clarification required. It clicked neatly into the moment.  By this time in the book, sadly, I was wincing, wondering if this would be left alone to be twinkling elegant or would it trigger another two-page Sunshine commentary.

The book ends up being worthwhile to read, but it is a salad of the garden fresh mixed with the unripe sour on a bed of the crisp blended with some questionably limp. 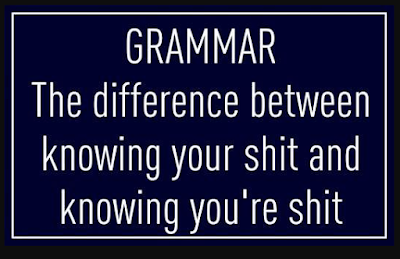 Believe in the magic of the words 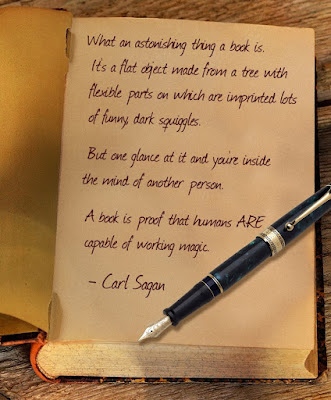