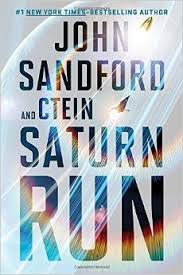 In Saturn Run, we are taken to the Earth of fifty years from now.  One small aspect of this future is the advance in pharmaceuticals.  In moments of ultra stress, citizens are not hesitant to use a pill or shot to "smooth out".  There are still side effects, but nowhere near as harsh as we suffer today.  This sort of moment only appears a handful of times in the plot, but...the whole book feels like it has been "smoothed out".
What I mean is that the author(s) apparently were unable or unwilling to describe any messy emotions.  A few characters are possessed of hot tempers and become angry, but it is nothing but "telling" instead of "showing".  It's like a sock puppet show where the feature character declaims "Grr, I am mad".  Characters are mostly reasonable and pleasant thru out the story.  A sex fling starts to take root and becomes an actual relationship with tangled emotions.  Just as we're wondering how these characters will sort it all out, the author(s) use a deus ex machina to extricate themselves from this gooey mush stuff.  And in the aftershocks, where a well-written book would take us thru the heart ache and depression, the character reaches for that aforementioned drug and smooooths out.  The novel returns to blandsville.  Whew, that was close.  We couldn't have any undue excitement with our characters.  No arguments, no jealousies, no wild guffaws, no narrow-minded biases...just all pleasant and reasonable.

I have to stop now to reverse this negative stance.  The science adventure aspect of the book carried the weight of the plot well enough.  If semi-hard science fiction is your love, then you'll enjoy this aspect.  But, as with all too many modern books, Saturn Run needed to be 500 pages long like I need a couple of extra earlobes.  A couple-three decades ago, it would have been more like 200 pages and been an enjoyable afternoon's read.  I've read books like this in my life and felt my time well spent.  When I have to spend 500 page worth of time, I want a lot more bang for my investment.

In short, it is a good idea and well-thought out race across the solar system.  After 500 pages, though, I felt like I'd walked to Saturn and back.

I want to endorse Saturn Run, but I can't.  Despite what I've written so far, neither can I condemn it as a stinkburger.  If you have buckets of free time to spend, and space travel science is your passion, then go for it.  I'll have pretty much forgotten most of it by the end of the week.

Oh.  I consider myself, at best, only a reservist in the grammar army.  Still, I can't ignore the way the authors hosed the book down with colons and semi-colons.  They must have gotten a helluva bulk deal and then had to use them before they hit their expiration date.  I've never seen colons used in the spots these guys use them.  Ever.  It looked pretty stupid, most of the time.

So, a straight up the center not-good, not-bad for Saturn Run.

Landing on the Moon

You all are under-appreciated.  Nobody seems to truly understand the rigidity of your concentration, the intensity of your focus and the depth of your expertise.

Before Apollo 11 launched, and certainly after July 20th when photos and information flooded the media, you know who kept a dark and glittering on eye on events?  The USSR.  You can bet your last nickel that the KGB analysts, the Soviet space scientists that put the first rockets into orbit, and any number of expert eyeballs, examined those public photos and published documents long into the night.  To deflate this American victory in the Space Race would be a triumph of unimaginable proportions.

(We’d be remiss if we failed to include Communist China and other forces in the 1970’s who’d enjoy making the USA look stupid.  Their experts no doubt took a gander at the same material.)

It wasn’t until you and your co-believers examined those same public photos, checked the same public records and studied the same space mission blueprints that the truth came to light.  Only your combination of genius and expertise could see the fluttering flags, the misplaced shadows and truly understand the lethal impossibility of such a space flight.

So, foil hat off to you for cracking a problem that exists for nobody but you!  Thanks for keeping the eye on the prize and not being distracted by your mother coming into your basement to do laundry!  Your revelations give the world a dull headache behind the left eye, but by golly, it’s a world that’s well informed! 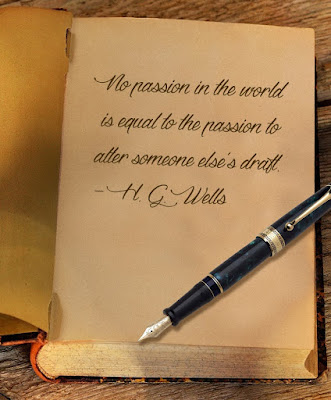