What genre is my book? How much does it matter?

“Home on the Strange-a Brewster & Brewster Adventure” is my first published book.  While writing it (and in the time since publication) I wrestled with the question:  “What genre is this book?”

Well, a book store doesn’t parse these things that finely.  It went straight into “Science Fiction”, which is their catch-all for “crazy, wild and weird”.  But that doesn’t quiet my frownie quest for “truth in advertising”.  When people ask me the question directly, I don’t want to mislead them.  I don’t to them thinking they’ve bought a banana and get grumpy when, to their way of thinking, it turns out to be a stick of cheddar cheese.

“Science Fiction”?  I feel uncomfortable with that, since there is no “science” in it, per se.  The fantastical elements not found in mainstream writing are nevertheless not realistic or science-rooted in any way.

“Science Fantasy”?  In broad strokes “HotS” strongly resembles the “John Carter of Mars” or “Wizard of Oz” series of books.  A hero from the here & now is transported by wildly improbable means to a strange and wonderful world.  I hesitate about embracing this term because, once the transportation is done, I tried very hard to create a parallel Earth based on real history and real technology.  No talking scarecrows or six-legged lions in sight.  Not what anyone would call ‘fantasy’.

“Western”?  The initial impetus for writing “HotS” came from a desire to write a rootin’ tootin’ shootin' western.  The end result deals with derring-do across the prairies with a very western flavour. But the aforementioned weird elements will almost certainly make any fan of six-guns and OK Corrals wrinkle their noses up.  I’m sure once they got into the story, the galloping (running, ballooning, canoeing, etc) across the wide open grasslands would capture their interest.  But I don’t want them starting off spitting fake banana out of their mouth.

“Steampunk”?  My  parallel Earth has an arrested development that has skewed technology to a late-19th century tone.  But steampunk fans will expect people riveting together boiler plate and flying to the Moon.  My devotion to plausible realism will no doubt feel pretty tame.

Author Robert Rankin uses the term “far-fetched fiction”, which I love.  He’s rather made it his own, though, so I should tinker about to create my own variation.  “Tall Tales” has a classic sound that both hinders and helps the explanation.  So far my other notions all sound like (or have even been used) titles from 1930’s pulp magazines. 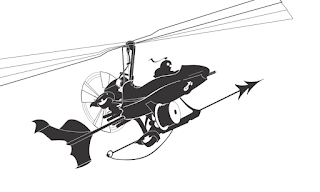